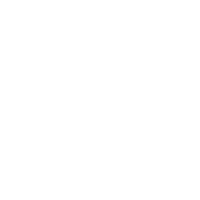 Tap for a larger image.
Swipe for more images.

Set in beautiful countryside, a stone’s throw from Woking, is the village of West End in Surrey.

West End near Woking is a great village in which to buy a new home
Home Woking, Surrey

WEST END NEAR WOKING IN SURREY

A VILLAGE WITH A VIBRANT COMMUNITY

EMBRACE A MIX OF TOWN AND COUNTRY LIVING

West End Woking is a village steeped in history with evidence of a settlement dating back to the Bronze Age.

Today, West End enjoys a vibrant community with clubs for all ages ranging from scouts and brownies, to the Horticultural Society, clay shooting, walking and various sports clubs. Every year on the village recreation ground is the West End Summer Fete and in the autumn, the hugely popular West End & Windlesham Agricultural & Horticultural Show.

West End enjoys many open spaces in and around the village. West End Common includes training ranges of the British Army and is separated by a smaller public area, Brentmoor Heath, a designated Site of Special Scientific Interest.

A Place of Interest

West End Common is home to many rare heathland plants and has been designated a Site of Special Scientific Interest (SSSI) by English Nature and is also a Thames Basin Heaths Special Protection Area within the remit of Surrey Heath. These areas are particularly important for the breeding populations of Dartford Warbler, Nightjar and Woodlark.

There are many buildings that date before 1809 in West End. The oldest parts of Lucas Green Manor date back to 16th Century, Brook Place was rebuilt in 1656, Malthouse Farm (originally Parsonage Farm) dates back to the 16th Century and Hookstone Farm is one of the oldest houses in West End, with some parts pre-dating 1450.

The village hall, Tringham Hall, and the Sports Pavilion are located next to the recreation area where you can also find West End Tennis Club. The hall and sports pavilion are well-used by local clubs including dancing, table tennis, a mother and toddler playgroup, a pre-school, keep fit, circuit training, music with mummy, a Sunday School, a garden club and The Womens Institute.

Families with younger children are well looked after in West End Woking. For pre-schoolers there is Tringham Pre School and for primary school children, Holy Trinity C of E Primary School. The secondary school, Gordon’s, is now a voluntary aided, comprehensive school for boys and girls. It was built in commemoration of Gordon of Khartoum.

The village of West End offers great opportunities for walking, with its commons and heaths to the west of the village and its many footpaths around the village. The West End Village Society has a great downloadable map for the Heritage and Nature walking routes. Click here for the map. the local walking club TWERPS meets every second Sunday of the month to take in the fabulous countryside around West End.

There are good routes for road and mountain biking. A great route that takes in mostly 12 miles off-road is to follow the range fence. For a more challenging ride, the technical areas at Bagshot Heath, Frith, Windmill Hill or Mytchett are recommended.

West End is well situated in North West Surrey sitting equidistant between Camberley and Woking, both approximately 3 .5 miles away. Also situated just 10 – 11 miles from the city of Guildford and towns of Ascot, Egham and Weybridge.

Fill in the form or call our sales team:

Please visit our New Homes page for details of new homes for sale.

We use necessary cookies to make our site work. Necessary cookies enable core functionality such as security, network management, and accessibility. You may disable these by changing your browser settings, but this may effect how the website functions. We’d also like to set optional analytical cookies to help us improve this. By clicking Accept, you are switching analytical cookies on. We use Google Analytics cookies to help us improve our website by collecting and reporting information on how you use it. The cookie collects information in a way that does not directly identify anyone. For more information on how these cookies work, please see our cookies page.
Accept & close
Compare Properties

Please complete the form or call the telephone number above. We look forward to hearing from you.